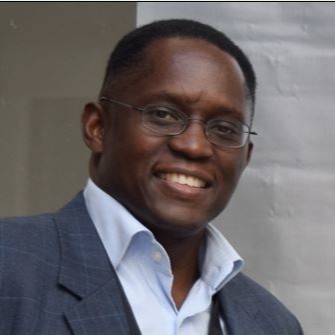 Michael E.M. Sudarkasa is a U.S. trained attorney and African economic development consultant based in Johannesburg, South Africa. Michael has experience and expertise in facilitating trade and investment projects involving business expansion within Africa, as well as between Africa and other parts of the world. He has significant sector expertise in agriculture/ agribusiness; energy; broadcast media; infrastructure; healthcare; tourism and oil and gas. He also has significant experience working with public sector institutions (municipal, provincial, national and multilateral) developing local economic development strategies, trade promotion and investment attraction strategies, and in managing related implementation projects and processes. Michael’s background in law is in the area of
commercial law with a special focus on cross-border transactions.

In addition to periodically undertaking strategic independent consulting projects, Michael heads the Africa Business Group (ABG), an economic development company that focuses on economic development consulting, sector focused project development and management, and capacity development (training, facilitation). In February 2018, ABG was honored as the 2017 Consulting Firm of the Year during the South African Professional Services Awards. From May 2015 – May 26, 2016 in recognition of his work through ABG, Michael was appointed to serve as the Advisor: Private Sector and Economic Relations of the African Union Commission Economic, Cultural and Social Council (ECOSOCC). In May 2016, he was also invited to participate in the Informal Gathering of World Economic Leaders (IGWEL) (one of only two private sector participants) meeting at the 2016 African
Development Bank Annual Meetings which focused on Energy and Climate Change.
In addition to his work with ABG, in 2011, 2012 and again in 2013, Michael served as a consultant with the United Nations Development Programme African Facility for Inclusive Markets. The regional project covered 33 countries in Africa and focused on assisting the African Union, regional economic communities, and projects aimed at developing regional value chains in sectors such as agribusiness, and the extractive industries. Since October 2016, he has been a member of the “Formative Board” of UNDP Africa’s “Impact@Africa” forum, intended to bring together stakeholders and promote impact investment on the continent of Africa. In January 2019, he was nominated to be the first Chairman of
the formal Board of Impact@Africa.

In 2013, he also was engaged to serve as the Project Manager under a GIZ contract to support a 20 month South African government Solar Energy Technology Road Map exercise being undertaken according to, and with support from, the International Energy Agency’s Technology Road Mapframework. Michael also serves as an Advisor to the Capacity Development Unit of the Office of the CEO of the African Union’s NEPAD Planning and Coordination Agency and as an advisor to the African Forum of Utility Regulators. Additionally, since 2004, he has been an advisor and contributor to the African Union’s African diaspora engagement programme with a specific focus on the development and facilitation of economic linkages between the continent and the global African
diaspora. On behalf of the African Union’s Citizens Directorate, Michael also served as a member of the Europe-Africa Partnership’s Joint CSO Steering Committee on the Joint Africa-Europe Strategy.

Between May 2012 and October 2013 he also served as the Africa Regional Coordinator of the Georgetown University McDonough School of Business’ Custom Executive Management Programme. In 2018, Michael’s firm was engaged by the UN Disaster Risk Reduction Agency (UNDRR) to help develop a strategy to engage the African private sector to support disaster risk reduction efforts on the continent and in 2020 the ABG was appointed to serve as the Southern Africa Regional Network Coordinator of the UNDRR private sector affiliate ARISE and in July 2020 Michael was appointed to the global Board of ARISE (Private Sector Alliance for Disaster Resilient Societies). In January 2020, ABG was also invited to serve as the country coordinator of the UNIDO and REEEP supported Private Finance Advisory Network (PFAN) for South Africa, Lesotho and Eswatini (formerly Swaziland).

In May 2016, Michael was admitted to EPFL’s (École Polytechnique Fédérale de Lausanne) Management of Technology Doctoral Program and commenced as an “External Candidate”(non-resident) in September 2016. His academic focus is on the policy and regulatory requirements to accelerate investment related to the development of mini-grids and off grid renewable energy systems in Africa. Additionally, Michael holds a Juris Doctorate degree from Harvard Law School and he received his Bachelors of Arts degree from the University of Michigan-Ann Arbor, with High-Honors in History (African/African American Studies concentration).

A past Chair of the American Bar Association’s Section on International Law and Practice, African Law Committee, Michael was admitted to the Florida Bar Association and the Bar of the District of Columbia and The United States Court of International Trade. He has been certified as an International Trade Specialist by the U.S. National Association of State Development Agencies, also served as an Adjunct Professor at the Georgetown University Graduate School of Business and is fluent in French.
In 2018, he was also invited to become a member of the Provost Advisory Committee at his alma mater the University of Michigan, and also invited to Chair the inaugural African Studies Center Advisory Board of the University of Michigan.
Of African-American and Nigerian parentage, Michael was born in New York City, and raised principally in Ann Arbor, Michigan. Periodically, when he was a child, his family lived in Ghana, Nigeria and Benin. After law school, he did post-graduate study in Paris, France and he worked in Cote d’Ivoire with the African Development Bank. Michael’s civic activity includes community work in South Africa with Alpha Phi Alpha Fraternity Incorporated, Rho Phi Lambda Chapter – South Africa, where he served as the Founding President (2010 – 2016). Rho Phil Lambda is the first chapter established in Africa since 1976 (and second overall) of the oldest African-American Greek letter fraternal organization which was founded in 1906. He has been based in SA since January 1999.

Go Back Speakers
About Us
ASCA Nation is an online learning, networking and business linkage community formed by Smart Procurement and SAPICS for supply chain and procurement professionals across the African continent.
Quick Links
More About Us
Facebook Twitter Linkedin Instagram